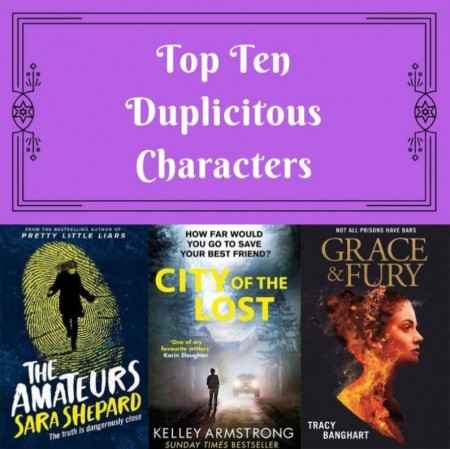 Red Queen by Victoria Aveyard (Young Adult Fiction, AVE)
The Reds are commoners, ruled by a Silver elite in possession of god-like superpowers. Mare discovers that, despite her red blood, she possesses a deadly power of her own. One that threatens to destroy the balance of power. Fearful of Mare's potential, the Silvers hide her in plain view, declaring her a long-lost Silver princess, now engaged to a Silver prince. Despite knowing that one misstep would mean her death, Mare works silently to help the Red Guard, a militant resistance group, and bring down the Silver regime. But this is a world of betrayal and lies, and Mare has entered a dangerous dance - Reds against Silvers, prince against prince, and Mare against her own heart

Grace and Fury by Tracy Banghart (Young Adult Fiction, BAN)
Serina has been groomed her whole life to become a Grace - someone to stand by the heir to the throne as a shining, subjugated example of the perfect woman. But when her headstrong and rebellious younger sister, Nomi, catches the heir's eye, it's Serina who takes the fall for the dangerous secret that Nomi has been hiding.
Now trapped in a life she never wanted, Nomi has only one way to save Serina: surrender to her role as a Grace until she can use her position to release her sister. A traitor walks the halls of the palace, and deception lurks in every corner. But Serina is running out of time, imprisoned on an island where she must fight to the death to survive and one wrong move could cost her everything.

The Kiss of Deception by Mary E Pearson (Young Adult Fiction, PEA)
In a society steeped in tradition, Princess Lia’s life follows a preordained course. As First Daughter, she is expected to have the revered gift of sight but she doesn’t and she knows her parents are perpetrating a sham when they arrange her marriage to secure an alliance with a neighboring kingdom—to a prince she has never met.
On the morning of her wedding, Lia flees to a distant village. She settles into a new life, hopeful when two mysterious and handsome strangers arrive and unaware that one is the jilted prince and the other an assassin sent to kill her.

City of the Lost by Kelley Armstrong (Adult Fiction, ARM)
Welcome to Rockton: a secret town cut off from the rest of the world. If you need a place to hide, this is the perfect place to start again. There's just one catch. You can't leave. Even if there's a killer on the loose.

We are Blood and Thunder by Kesia Lupo (Young Adult Fiction, LUP)
In a sealed-off city, it begins with a hunt. A young woman, Lena, running for her life, convicted of being a mage and sentenced to death. Her only way to survive is to trust those she has been brought up to fear - those with magic.
On the other side of the locked gates is a masked lady, Constance, determined to find a way back in. She knows only too well how the people of Duke's Forest loathe magic. Years ago she escaped before her powers were discovered. But now she won't hide who she is any longer.
A powerful and terrifying storm cloud unites them. But this is more than a thunderstorm. This is a spell, and the truth behind why it has been cast is more sinister than anyone can imagine ... Only Lena and Constance hold the key to destroying the spell. Though neither of them realise it, they need each other. They are the blood and they have the thunder within.

The Tethered Mage by Melissa Caruso (Adult Fiction, CAR)
In the Raverran Empire, magic is scarce and those born with power are strictly controlled, taken as children and conscripted into the Falcon Army. Zaira has lived her life on the streets to avoid this fate, hiding her mage-mark and thieving to survive. Lady Amalia was never meant to be a Falconer. Heiress and scholar, she was born into a treacherous world of political machinations. But fate has bound the heir and the mage. And as war looms on the horizon, a single spark could turn their city into a pyre.

The Amateurs by Sara Shepard (Young Adult Fiction, SHE)
Five years ago, high school senior Helena Kelly disappeared from her backyard in Dexby, Connecticut, never to be heard from again. So when eighteen-year-old Seneca Frazier sees a desperate post on the Case Not Closed message board, she knows it’s time to change that.
Determined to get to the bottom of the mystery, she agrees to spend spring break in Connecticut working on the case with Maddy Wright, her best friend from Case Not Closed. However, the moment she steps off the train, things start to go wrong. Maddy’s nothing like she expected, and Helena’s sister, Aerin, doesn’t seem to want any help after all. Plus, Seneca has a secret of her own, one that could derail the investigation if she’s not careful.

Inferno by Dan Brown (Adult Fiction, BRO)
In the heart of Italy, Harvard professor of symbology Robert Langdon is drawn into a harrowing world centered on one of histories most enduring and mysterious literary masterpieces Dante’s Inferno.
Against this backdrop, Langdon battles a chilling adversary and grapples with an ingenious riddle that pulls him into a landscape of classic art, secret passageways, and futuristic science. Drawing from Dante’s dark epic poem, Langdon races to find answers and decide whom to trust before the world is irrevocably altered.

An Unkindness of Magicians by Kat Howard (Adult Fiction, HOW)
Magic controls everything. But the power of magic is fading. No one knows what is happening, except for Sydney, a new, rare magician with incredible power that has been unmatched in decades, and she may be the only person who is able to stop the darkness that is weakening the magic. But Sydney doesn’t want to help the system, she wants to destroy it. Sydney comes from the House of Shadows, which controls the magic with the help of sacrifices from magicians.

Warcross by Marie Lu (Young Adult Fiction, LU)
For the millions who log in every day, Warcross isn’t just a game—it’s a way of life. Struggling to make ends meet, teenage hacker Emika Chen works as a bounty hunter, tracking down players who bet on the game illegally. Needing to make some quick cash, Emika takes a risk and hacks into the opening game of the international Warcross Championships only to accidentally glitch herself into the action and become an overnight sensation.
Convinced she’s going to be arrested, Emika is shocked when instead she gets a call from the game’s creator, the elusive young billionaire Hideo Tanaka, with an irresistible offer. He needs a spy on the inside of this year’s tournament in order to uncover a security problem and he wants Emika for the job.