Riveting Read: An Unkindness of Magicians 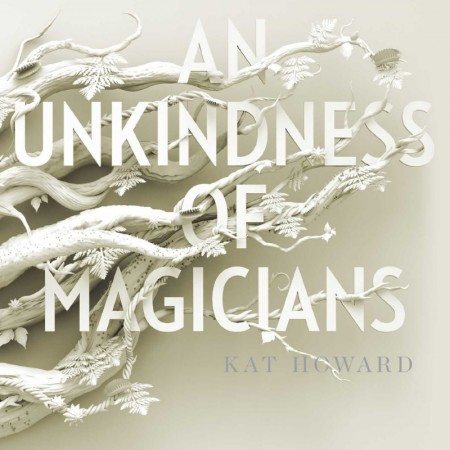 Perfect for fans of Neil Gaiman and Trudi Canavan.

Her current read is An Unkindness of Magicians by Kat Howard.

In New York City, magic controls everything. But the power of magic is fading. No one knows what is happening, except for Sydney—a new, rare magician with incredible power that has been unmatched in decades, and she may be the only person who is able to stop the darkness that is weakening the magic. But Sydney doesn’t want to help the system, she wants to destroy it.
Sydney comes from the House of Shadows, which controls the magic with the help of sacrifices from magicians.

Kat Howard has created a complex and layered story with imaginative world building and a unique system of magic. This fun and absorbing read is perfect for readers looking for mystery, mayhem and a strong female protagonist. Part thriller, mystery and fantasy this plot packs a punch and the story is breathtaking. The novel has three plots that interweave together seamlessly to beautifully construct a tale of power, privilege and the unseen price paid for both. Essentially this is a tale of all aspects of power and privilege and how people turn a blind eye to the suffering of others to maintain their privileged lifestyle. This unique tale has twists and turns aplenty as the conflict between the Houses builds to an unpredictable end. This is not just for those who love fantasy as it is not just about magicians but it is a must read for anyone who enjoys thrillers or mysteries.

Howard has created a bunch of characters you will root to succeed as well as characters you will love to hate. The novel is told from multiple points of view ranging from the main character Sydney to an unidentified killer. These flawed and gritty magicians come vividly alive with a tense and compelling prose that catapults you into these magicians’ complicated lives. The main character Sydney embodies both sides of power and privilege as she has powerful magic but has paid a terrible cost herself to have it. Sydney is a complex three dimensional character who is talented, goal driven, selfless but damaged. Howard shows her growth as a character throughout the novel as Sydney begins to realise that there are still good people left in the world. The relationships among characters are complex with family members being cast out, brothers and sisters distrustful of each other and conflict between the Houses as everyone is vying for the top. The shifting loyalties of the characters and the seemingly impossible challenges they face kept me hooked from beginning to end and left me wishing that the novel would not end.

A thrilling tale of revenge, magic and morality! I wish it was a series.