Riveting Read: Before She Ignites 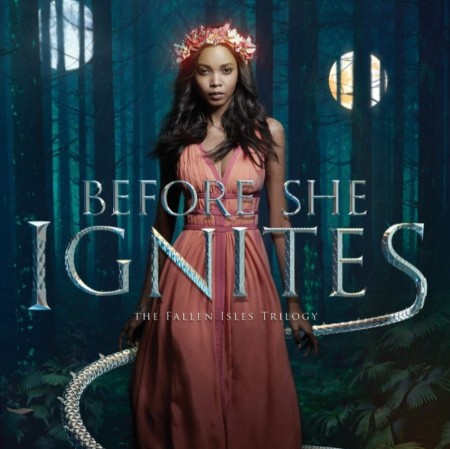 Perfect for fans of Julie Kagawa and Kate Elliott

Her current read is ‘Before She Ignites’ by Jodi Meadows

Mira Minkoba is the Hopebearer. Since the day she was born, she’s been told she’s special. Important. Perfect. She’s known across the Fallen Isles not just for her beauty, but for the Mira Treaty named after her, a peace agreement which united the seven islands against their enemies on the mainland.
But Mira has never felt as perfect as everyone says. She counts compulsively. She struggles with crippling anxiety. And she’s far too interested in dragons for a girl of her station.
Then Mira discovers an explosive secret that challenges everything she and the Treaty stand for. Betrayed by the very people she spent her life serving, Mira is sentenced to the Pit, the deadliest prison in the Fallen Isles. No longer beholden to those who betrayed her, Mira must learn to survive on her own and unearth the dark truths about the Fallen Isles and herself before her very world begins to collapse.

Jodi Meadows has created a captivating novel that explores issues of inclusivity and discrimination. The extensive world building that Meadows has done has created a lush and vibrant world where its people have different religions, languages and cultures. The world is divided into different cultures with their own quirks and prejudices and the novel ties together characters from these different nations and only through these alliances will Mira survive her ordeal. The narrative shifts between Mira’s time in the pit and her pampered former life. These flashbacks worked well within the story and didn’t interrupt the flow of the narrative. Jodi manages to capture the intensity pf being a prisoner in harsh conditions which adds a creeping sense of danger and urgency that underlies the entire story. Some may find the novel slow going at first but when Mira’s secret is revealed the plot well and truly ramps up. This is a fantastic series opener that set up a fantastical new world full of dragons and political intrigue.

Meadows has created realistic and likable characters who we will root for throughout the series. Every character has their own motivations as well as intriguing backstories that are explored in ‘Before She Ignites’. One character that exceeds expectations is the main character, Mira. I have never before read such a realistic portrayal of what it’s like to have a mental illness. Mira struggles with anxiety and some compulsiveness which is detailed compassionately and realistically throughout the novel. Mira is a complicated character, she comes from privilege but she is also self-doubting and a realist. She is not automatically self-sacrificing and learns from her actions. Mira’s insecurities about not living up to her station and her mother’s demands are accurately portrayed. Meadows explores the idea that physical strength is not the only type of strength or even the best. Mira is physically weak but is mentally strong.

You can find this book in Young Adult Fiction under MEA