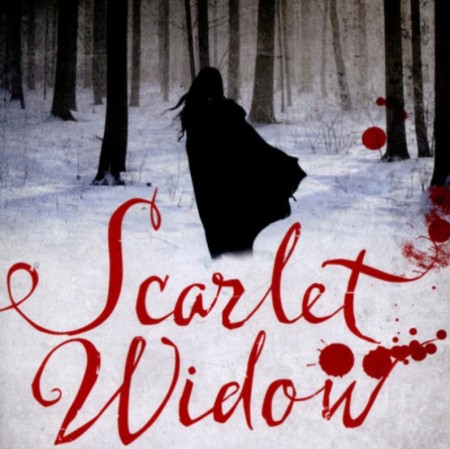 Perfect for fans of Karin Slaughter and Dean Koontz

Her current read is ‘Scarlet Widow’ by Graham Masterton

London, 1750: Beatrice Scarlet is the apothecary's daughter. She can mix medicines and herbs to save the lives of her neighbours - but, try as she might, she can't save the lives of her parents. An orphan at just sixteen, Beatrice marries a preacher and emigrates to America.
New Hampshire, 1756: In the farming community where Beatrice now lives, six pigs are found viciously slaughtered; slices of looking-glass embedded in their mouths. According to scripture, this is the work of Satan - but Beatrice Scarlet suspects the hands of men. As she closes in on the killer, she must act quickly to unmask him - or become the next victim herself

Graham Masterton has created an eighteenth century CSI novel that will keep readers hooked until the end. This atmospheric and well-constructed novel weaves a spell of compelling suspense that will give you chills. Masterton weaves in just enough darkness to keep you on your toes as you progress through the novel. Masterton has become an expert at combining suspense while laying the groundwork for an intricately plotted thriller. The menacing undercurrent in this book increases as strange and evil events start to disrupt this small religious community. This beautifully crafted story details the conditions on both side of the Atlantic during the eighteenth century and does not hold back on hardships, brutality and dangers of the this world often using brutally stark descriptive language and startling violence which pulls you in adding a layer of realism and horror. Plenty of shocks and surprises abound and nobody is exempt from being the next victim. Just a warning some content can be upsetting as mentioned earlier horror scenes can be very graphic.

Masterton has created a world filled with old world superstition and religion including fleshed out characters who fall on all areas on the superstition spectrum. The novel essentially is about the main character, Beatrice, battling the prejudice of religion and the men around her. Beatrice is a charismatic, courageous, rational and clever main character who we met at different stages in her life. In a world dictated by religion and superstition Beatrice is a breath of fresh air and adds logical reasoning to the events that are taking place. The wonderful juxtaposition between Beatrice and the other characters allows the reader to experience the many different viewpoints in the eighteenth century and added to the mystery of the novel, is Beatrice or the townsfolk right? Overall this atmospheric story has some truly wonderful and creepy characters that will keep you hooked

An edge of your seat mystery that doesn’t pull its punches, well worth a read

You can find this book in Adult Fiction under MAS