Riveting Read: The Name of the Wind 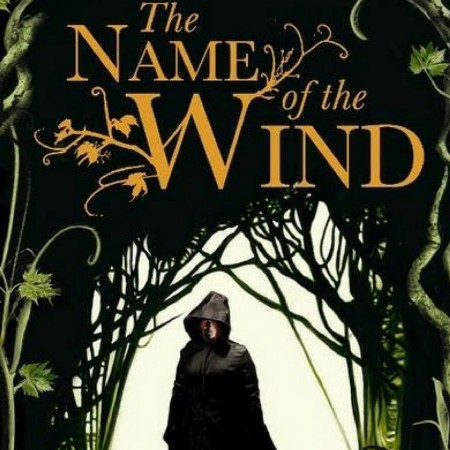 Her current read is ‘The Name of the Wind’ by Patrick Rothfuss.

A captivating edge of you seat fantasy. An exciting start to a new series.

Perfect for fans of J.K. Rowling and George R.R. Martin.

My name is Kvothe.

I have stolen princesses back from sleeping barrow kings. I burned down the town of Trebon. I have spent the night with Felurian and left with both my sanity and my life. I was expelled from the University at a younger age than most people are allowed in. I tread paths by moonlight that others fear to speak of during day. I have talked to Gods, loved women, and written songs that make the minstrels weep.

You may have heard of me.

Told in Kvothe's own voice, this is the tale of the magically gifted young man who grows to be the most notorious wizard his world has ever seen.

Patrick Rothfuss bewitches his audience with this coming of age tale. The world building is solid, believable and original, there are enough new elements to keep you interested while not too many to confuse or overwhelm the reader. The world building is crafted expertly and completely for example it has its own currency, mythology and magic system. It is obvious to all that Rothfuss spent a lot of time creating his magic system, Sympathy. Sympathy is a very intellectual magic system and anyone in the fictional world can learn it. Rothfuss has created laws and different bindings that effect his magic system. All this system requires is concentration, knowledge and effort to work. The writing style is smooth and the prose was engaging, often humorous and uncluttered by irrelevant information.

Rothfuss has created multi-dimensional characters that drive the plot of the novel. Kvothe, the main character, is charismatic and complex. He as portrayed as being neither good nor evil but rather someone suffering from a conscience. He is a character of conflicting ideas, he is lonely despite his friendship with Bast, a skilled fighter but also an extremely talented musician. One moment Kvothe will be commanding and chilling the next subservient to Bast. Success is always at his fingertips and yet he is broken down by horror, stretched thin by life turned hard and he very nearly forgets all that he was. This is essentially a story of a boy seeking to unravel the mysteries of the universe and a man waiting to die.

Rothfuss has created a masterpiece that will transport you into the mind of a wizard.

This book can be found at the Oamaru Library in the Fiction Section under ROT.