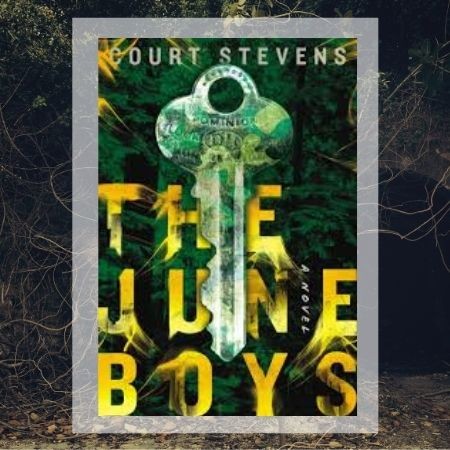 Perfect for fans of Karen McManus and Courtney Summers

Her current read is The June Boys by Court Stevens

It has been almost ten years since the first serial abduction in the small town of WIldwood. Labelled the 'Gemini Thief', this serial kidnapper takes three boys and holds them captive from June 1st to June 30th of the next year. Over the thirteen months, the boys are hidden, fed, observed and taken care of by their masked captor. For nearly a decade the Gemini Thief has eluded the authorities, but for Thea Delacroix this recent kidnapping is personal. While the town is preparing for the next release of victims, Thea's cousin Aulus disappears when another victim is found dead and dumped on the side of the road in a suitcase. Since Aul's disappearance, Thea, along with her best friends Tank and Gladys, her boyfriend Nick and his FBI sister Dana have worked together to hunt for the mystery Gemini Thief and the boys. But when Thea finds a token attached to the latest victim that points to someone close to her, her whole world comes crumbling down.

Court Stevens has written a gripping coming-of-truth thriller, and I think what makes June Boys so provoking is that Stevens' story elements are based on true events. Paying tribute to the abduction of Elizabeth Smart, in Utah City on June 5, 2002, Stevens' weaves in between Thea's narrative an exclusive access to the 'Elizabeth Letters' penned by Aulus. The letters provide the reader a sorrowful insight into the victims' experience of abduction, abandonment and fear of the un-knowing when their abductor stops showing up to feed them. The inclusion of the letters breaks up the chapters that follow Thea's first-person perspective as the 'sleuth' character, and allows the reader a more intimate look into the world of the boys who are kidnapped.

Stevens' main character Thea experiences these traumatic events as a teenager, which makes the reader empathise with her even more. Not your typical coming of age fiction, as it is one thing to have to deal with feeling abandoned by both her mother at a young age, and her eccentric father who withholds secrets, but the pressure takes its toll when her cousin is abducted and the town of Wildwood believe her father is the Gemini Thief. Thea begins to doubt life, her own self-worth and her relationships with those she loves and cares about. While June Boys is a tale about a small town in fear of serial child abductions, it is also just as equally a tale about the heroine's internal struggles and growth.

I whole-heartedly recommend The June Boys to anyone looking for a read that is fresh and will keep them up all night. It was hard to put this book down and you will find you will want to read it through to the very end.

You can find this book in Young Adult Fiction under STE