Riveting Read: An Ember in the Ashes 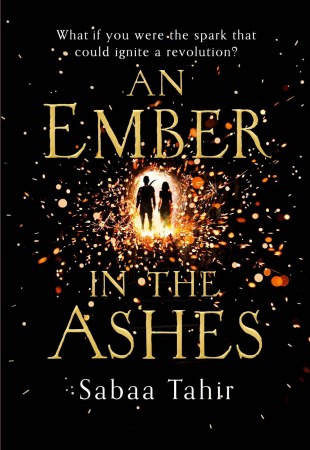 A dark and beautiful fantasy book you won’t forget!

Perfect for fans of Veronica Roth and Suzanne Collins

Laia is a slave. Elias is a soldier. Neither is free.

Under the Martial Empire, defiance is met with death. Those who do not vow their blood and bodies to the Emperor risk the execution of their loved ones and the destruction of all they hold dear.

It is in this brutal world that Laia lives with her grandparents and older brother. The family ekes out an existence in the Empire’s impoverished backstreets. They do not challenge the Empire. They’ve seen what happens to those who do.

But when Laia’s brother is arrested for treason, Laia is forced to make a decision. In exchange for help from rebels who promise to rescue her brother, she will risk her life to spy for them from within the Empire’s greatest military academy.

There, Laia meets Elias, the school’s finest soldier and secretly, it’s most unwilling. Elias wants only to be free of the tyranny he’s being trained to enforce. He and Laia will soon realize that their destinies are intertwined and that their choices will change the fate of the Empire itself.

Sabaa Tahir has created three dimensional characters who are forced to do things against their very nature. Tahir’s characters are realistic as they are imperfect, Laia is not brave or strong at first and slowly learns how to be brave while Elias goes against the grain as he cannot be the killer he needs to be. Both of these characters are driven by their passion for freedom as well as both feeling guilty for their actions and blame themselves for everything that is wrong with the world. The story contains wonderfully crafted secondary characters who all add to the story and all their turmoil and struggles gripped your heart in a vice.

‘An Ember in the Ashes’ is a complex story encompassing political scheming, betrayal and supernatural forces. Tahir explores themes of oppression, suffering and the cost of freedom. The themes echo Ancient Rome and the Martials versus the Scholars rivalry is reminiscent of Sparta versus Athens. Although there is a basis in the real world this well constructed world feels original with danger at every turn. This book is told from two different points of view, Laia and Elias, meaning you get the point of view from both the Martials and the Scholars. This book is riddled with cliffhangers as the chapters change point of view often as we jump from Laia’s life to Elias’. These two points of view are entwined effectively and you never feel like you are reading two different stories. With a faced paced plot and engaging characters this book appeals to adults and teens alike. The twists and turns kept you on the edge of your seat and the pages flying.

This historical fantasy’s unanswered questions will leave you wanting more.