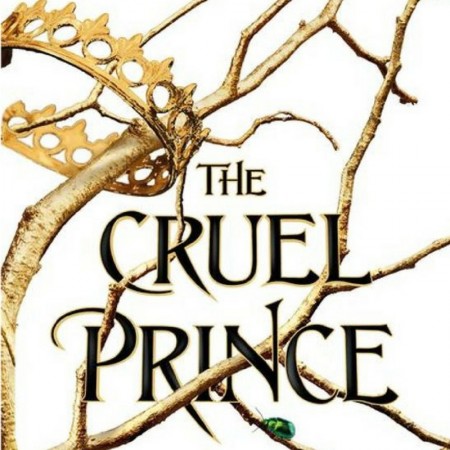 A cunning fantasy that will keep readers guessing until the end

Perfect for fans of Richelle Mead and Sarah J Maas

Her current read is ‘The Cruel Prince’ by Holly Black

Jude was seven years old when her parents were murdered and she and her two sisters were stolen away to live in the treacherous High Court of Faerie. Ten years later, Jude wants nothing more than to belong there, despite her mortality. But many of the fey despise humans. Especially Prince Cardan, the youngest and wickedest son of the High King.

To win a place at the Court, she must defy him–and face the consequences.

In doing so, she becomes embroiled in palace intrigues and deceptions, discovering her own capacity for bloodshed. But as civil war threatens to drown the Courts of Faerie in violence, Jude will need to risk her life in a dangerous alliance to save her sisters, and Faerie itself.

Holly Black’s novel is an action packed twisty tale of magical intrigue. Essentially this is a story about a girl wrestling for control of her own narrative and discovering that to fight monsters she might just have to become one herself. Nothing is as it seems, likable characters become unlikable, sudden shocking betrayals and plot twists abound and the cruel prince may not be a cruel as he seems. Black’s Faerie is a beautiful nightmare inhabited by cruel and capricious creatures and as it turns out all of the princes are cruel not just one. Black does touch on themes of bullying and abuse/neglect which are key in many of her character arcs. Bewitching prose outlines an intricate and intelligent plot that crescendos to a jaw dropping third act twist where all havoc breaks loose. Full of court intrigue, an atmosphere of terror, a vaguely dark romance and a main character who can be a terrible person, this novel is well worth the read.

Black has created a fantastic cast of characters to populate her world that will enthrall readers. Her characters are vibrant and realistic as they are not black and white instead are multi-dimensional. The two stand out characters for me were two of the main characters, Jude and Cardan. Jude isn’t your typical heroine she is incredibly fallible and is constantly shown as being downtrodden by other characters. Jude is a morally grey character who is tough as nails but is angry at her powerlessness in this world which can lead to reckless behavior. Jude’s cunning is her strength and she is often at times undermining other characters with her wit. Jude is a complex and layered character who has one of the best character developments in the course of the novel. Cardan on the other hand in a tricky character to pin down. Cardan is perceived by the reader to be cruel and unfeeling but throughout the course of the novel you begin to realise he has created a façade to protect himself to the point where he cannot figure out which Cardan is the real one. Cardan’s past is fascinating as it brings to light why he is the way he is and the influence his brothers have had on his personality. Overall the characters jump of the pages straight into your heart.

Entrancing, dark fantasy that grips the reader from beginning to end