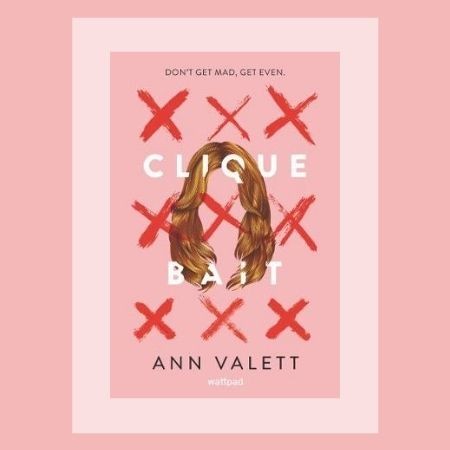 Gossip Girl served with a side of revenge

Perfect for fans of Jay Asher and Sara Shepard

Her current read is Clique Bait by Ann Valett

This instalment of Riveting Reads comes to you from Assistant Youth Librarian Linda Robertson.

"This semester I had a lot of work to do. Not academically. No, grades had always come easy for me. This work came in the form of a list. A list of people who were going to pay."

Chloe Whittaker yearns to be popular - but not for the same old cliche reasons. She wants revenge for what her popular, a.k.a "Level One" classmates did to her best friend Monica, and she will not let anything or anyone get in her way...or so she thought. Chloe's first task in her revenge plot is to infilitrate the group by blackmailing Arlington Highschool's golden boy and level one member, William Bishop, however she soon finds herself falling in love with one of the people on her hit list.

Clique Bait is a fast and fun, young adult read, written by Wattpad Author Ann Valett. Valett really captures the hurt, pain and insecurities that many young teenagers experience, especially when dealing with social heirachies within a high school setting. Arlington High is a private school where only the elite Hollywood "rich" attend, many coming from families with wealth and celebrity status. The character of Chloe is a daring and brave young girl, fuelled by her loyalty and passion to seek revenge for her best friend. Valett's writing style was very good at holding back any details on what actually happened to Monica, and why Chloe was so determined to get revenge on the clique, that it will keep you guessing after every chapter, before the twist is revealed at the end. I thought Valett organised the structure of the plot very well, as the reader can follow Chloe from the beginning as she does her research to infiltrate the Level One group and gather evidence behind their insecurities. Clique Bait touches on relavant issues such as sexuality, peer pressure, bullying and objectifcation, and Chloe, being from a more humble attitude, was a good character to use to show the emotional toll these issues can take on young adults. The character of Chloe develops throughout the plot, and it is very noticable how her character changes with her experiences and the truth she uncovers along the way.

The major theme I took away from Clique Bait is that of friendship, especially that of the Level One's, and why they use to bullying as a way to protect each other. When the truth behind Monica is revealed, and Chloe's fragile friendship with her, it can leave you wondering why Chloe even put so much effort into protecting her best friend's reputation at all, and if the group she is after really deserved the "bad guy" label.

If you have run out of teenage Netflix seasons and want to give reading a go, I would definately recommend Clique Bait to satisfy your teen drama needs.

You can find this book in Young Adult Fiction under VAL