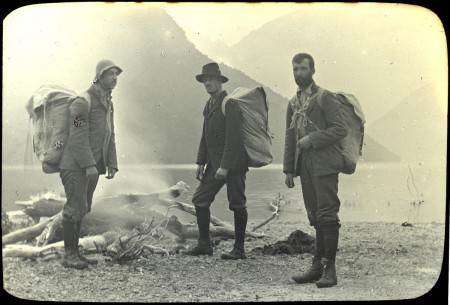 Last year the Archive was fortunate to receive two wooden cases of glass photographic slides associated with the well known North Otago identity, mountaineer and explorer, William George Grave. William Grave was foremost of the second generation of explorers of western Otago. He was a remarkable leader, bushman and mountaineer. Among his many notable achievements are the discovery of the Talbot-Grave Pass, the establishment of Grave’s Track on Cape Wanbrow and fundraising for the Oamaru South African War memorial on Thames Street Oamaru.
Grave was a hard working, intelligent and determined character. He was the first former Waitaki Boys’ High School pupil to be on the staff. Later he became a lawyer and worked with his brother in the firm Lee Grave & Grave.
The slides were collected and taken by Grave and used in his many public talks to illustrate his explorations. There are 159 slides in the collection, a number of the images appear in Anita Crozier’s book Beyond the Southern Lakes, The explorations of W. G. Grave, but most of them have not been available to the public before. Grave’s slides are available to view from our Collections online site here: https://collection.culturewaitaki.org.nz/objects/166654/grave-w-g-lanter...
The slides show some of the amazing and remote places visited by Grave and his adventurous companions, like Mount Balloon, Tutoko River, Cleddau Valley, Donne Valley and the Worsley River. Although some slides have been damaged over time, for me they still communicate the vast scale and awe inspiring emotion of the landscape.
Many of the locations of the slides aren’t recorded, like the image below. It reminds me of Gunsight Pass on the Temple Valleys circuit, but it’ s hard to be sure, perhaps you might know where this is? 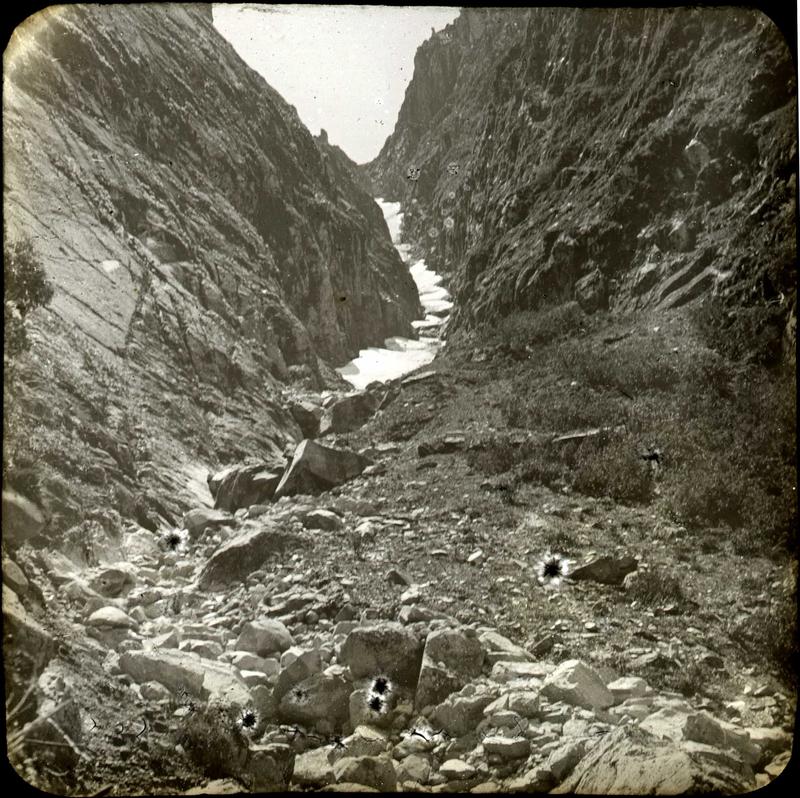 William George Grave’s diaries and lecture notes are held by at the Heritage Collections of Dunedin Public Libraries.
Waitaki District Archive would like to acknowledge the donation of William George Grave slides by Dr David Harrowfield and the Grave family.