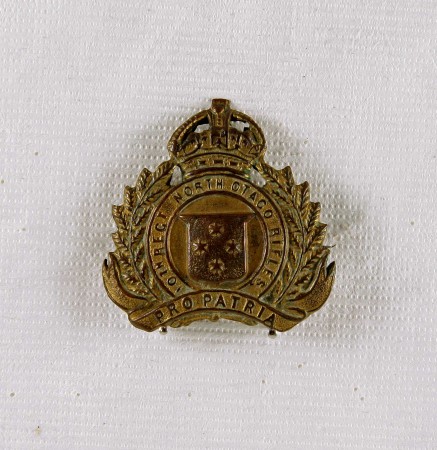 What the Armistice meant to North Otago People

The 11th of November 2018 is the centennial of the World War One Armistice. An armistice is a truce. Opposing forces might agree to an armistice while they work out peace terms. And that is what happened in World War One.

For much of 1918 it was not clear who would win the War or when it would end. New Zealanders were still in action in the final days of the war. Less than a week before the Armistice, Hubert Rusbatch of Oamaru was killed in action in France. He was 22 years old. In some places the fighting continued until 11am on Armistice Day and 10,000 people died on that day alone.

For those serving overseas news of the Armistice was often accepted solemnly.

News of the Armistice reached Oamaru on Tuesday November 12th. You can read accounts of celebrations after the Armistice in the Oamaru Mail online from Papers Past and in the North Otago Times. Oamaruvians celebrated in the street with flags, bunting, banging kerosene tins and singing songs. People in North Otago were delighted that the War was over. Around 2000 people from North Otago had served and over 400 local men and women had died.

The Museum has a small display for Armistice Day featuring medals that were awarded to local people and the Roll of Honour from the memorial on Thames Street.

If you want to know more about Armistice Day in New Zealand check out this book at the Oamaru Library. The cover even features a Peace Day dress from our museum’s collection. The North Otago Museum will be honouring the Peace Day centennial in 2019.