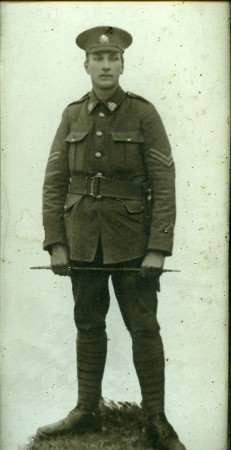 Edward John Weller was working in Oamaru as a coach builder in 1914. He was quick to enlist, only 8 days after war was declared. He was 20 years old. Edward trained in Egypt before departing for Gallipoli.

Eddie Weller was killed in action. The situation at Gallipoli was chaotic and an official date of death cannot be given for Eddie. He died between 26 April and 30 April 1915. A friend believed he died in a bayonet attack on 27 April.

The items include 'a poem written by one of the soldiers’

First do as you are ordered the fighting man’s school, obedience commands as its primary rule.
And second remember when taking your place good soldiers would rather meet death than disgrace.
Third keep up your pecker whatever you do the hopes of a nation are centred on you.
Fourth keep with the column, don’t straggle behind or soon you will be “out of sight, out of mind”.
Of wastage, your cartridge supply, won’t admit, so fifthly when aiming, endeavour to hit.
Sixth, don’t rush out carelessly, wait till you’re led. To keep life and limb, you must first keep your head.
The seventh commandment at meal times obey, don’t growl at the food, you are “roughing” it today.
Eighth, mercy to wounded you always must show, the whole world abhors a barbarian foe.
Be clean in your habits, as far as you can, we wish you in Berlin to look spick and span!
And tenthly, when battle affords a respite, give thought to your loved ones at home lad, and – write.

This poem gained popularity during the war. It was printed in New Zealand and Australian newspapers in 1915.

Do you have any letters in your family that a soldier sent home? What would you write home about if you were fighting overseas?