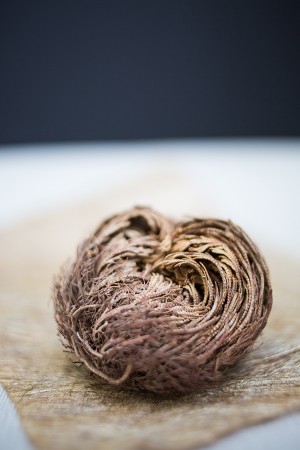 This intriguing object is a dried plant that was brought back from Egypt after the First World War. William Morton donated it to the museum. He had been a soldier during the War although he did not serve in Egypt. Perhaps he was given the plant by a friend or family member? It is one of the more unusual war souvenirs that the museum holds.

When I first came across this item it was recorded as a “Rose of Sharon” in our database but it didn’t look like any of the plants that go by that common name. I tweeted a photo of the plant but no one could identify it. I showed it to my co-workers but still no luck. Then I asked one of my colleagues at the Oamaru Library who is very knowledgeable when it comes to botany. She didn’t recognize it but kindly posted it to an online forum to get some thoughts from botanists.

I was keen to get one of these plants to show visitors but today’s border controls are much stricter than they were a century ago so I was not able to import one.To watch one in action check out this stunning video.