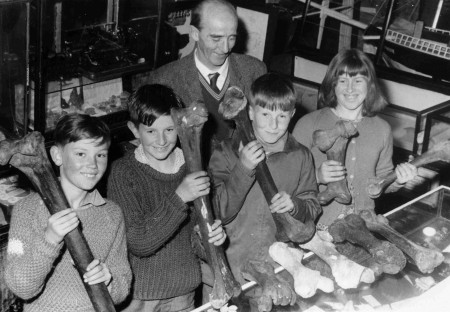 “But a memory will linger, in the scene of yesterday.”

This is the third blog in a series of four focussed on the history of the North Otago Museum.

In 1951 George Meek offered his collection of ‘pioneer exhibits’ to the Borough Council. Meek had been developing this collection since the 1920s. The Waitaki District Archive holds some records of Meek’s collection. It ranged from a gold sifter from the 1860s gold rush to elaborate Victorian snuff boxes, from antique pistols to a pewter kitchen measure that had belonged to his mum. Many items in the Museum collection today come from George Meek’s collection.

George Meek was also a writer of poetry and we still have many old labels featuring his verse such as this one. 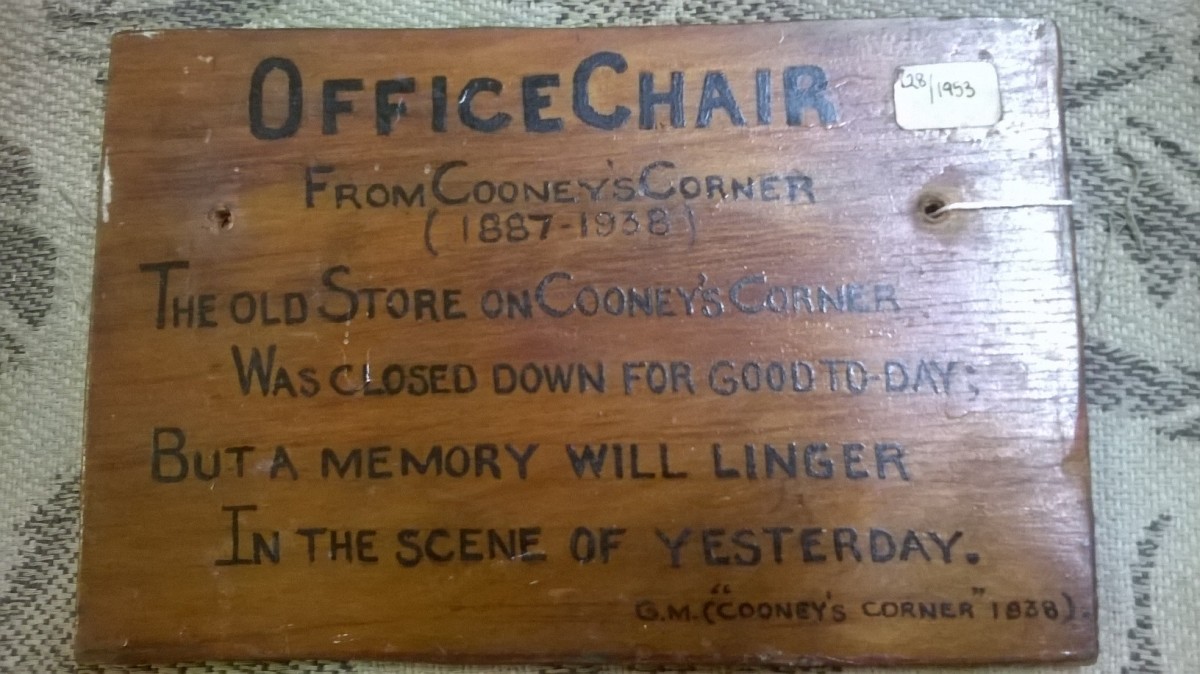 In 1952 the old Courthouse (sited where the Library is now) was made available to show this material. But sadly George Meek died in 1953. Later that year the Pioneer Gallery opened displaying the Meek Collection as well as remnants of the original Oamaru Museum Collection.

W.L.J. Burns was the Custodian of the Pioneer Gallery from 1953 until 1966. Mr Burns died in 1966 and Neville Turner was then appointed as curator/custodian.

The Pioneer Gallery was well supported by an active committee and old visitor’s books show how many people took the time to visit. The Museum collection grew substantially at this stage to include over one thousand items as well as the beginnings of the Waitaki District Archives collection.

In the late 1960s there were plans to create a Culture Centre incorporating an expanded library and museum and a new art gallery. This plan did not go ahead.

However in 1973 the Pioneer Gallery closed and the collection was dispersed in to storage. The old Courthouse was demolished in 1974 to make way for the redeveloped Oamaru Public Library. The new North Otago Museum located in the Athenaeum building opened in 1977. It wasn’t until 1983 that the art gallery, the Forrester , opened to the public.

If you would like to know more, the book Diatoms to Database by Thomas Heyes covers the history of the North Otago Museum from 1863 to 1994.