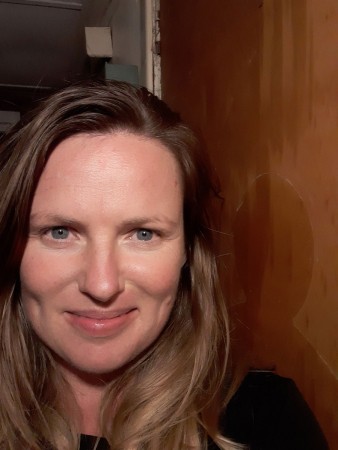 Anna Wild was the exhibitions curator at the Forrester Gallery from 2004- 2007.

Her colleagues at the gallery were Warwick Smith, Director, Rob Douglas and John Mitchell

We asked her a few questions about her memories of the Burns Memorial Art Exhibition.

We were faced with a mammoth amount of entries one year, I suggested somewhat desperately that we could perhaps do an ‘Academy hang’. Warwick was dubious at first but as each child’s work was placed from floor to ceiling, and then hanging from the ceiling where appropriate, the rooms were transformed!

It was magnificent, as if a giant party popper had been let off. And then the children descended upon this grand old gallery in a mad dash to find their work. Every year without fail the Burns Memorial has the Forrester humming and the walls heaving with colour and life.

Why do you think the Burns Memorial Exhibition is important?

I think the most important aspect of Burns is getting children into a gallery space at an early age so they will feel confident and comfortable to return in later years.