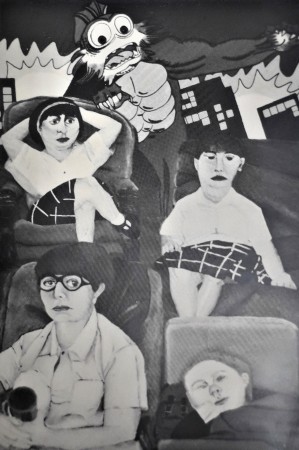 Anna McIntosh’s name and face have popped up several times while I have been looking through historical Burns Memorial Art exhibition records, so I thought I would get her in to talk to about her involvement with the exhibition.

Anna arrived at the Gallery wearing her bike gear ready for a ride. Making good use of her school holidays now as she is the current Head of Arts at Waitaki Girls’ High School, where she has been for 10 years. 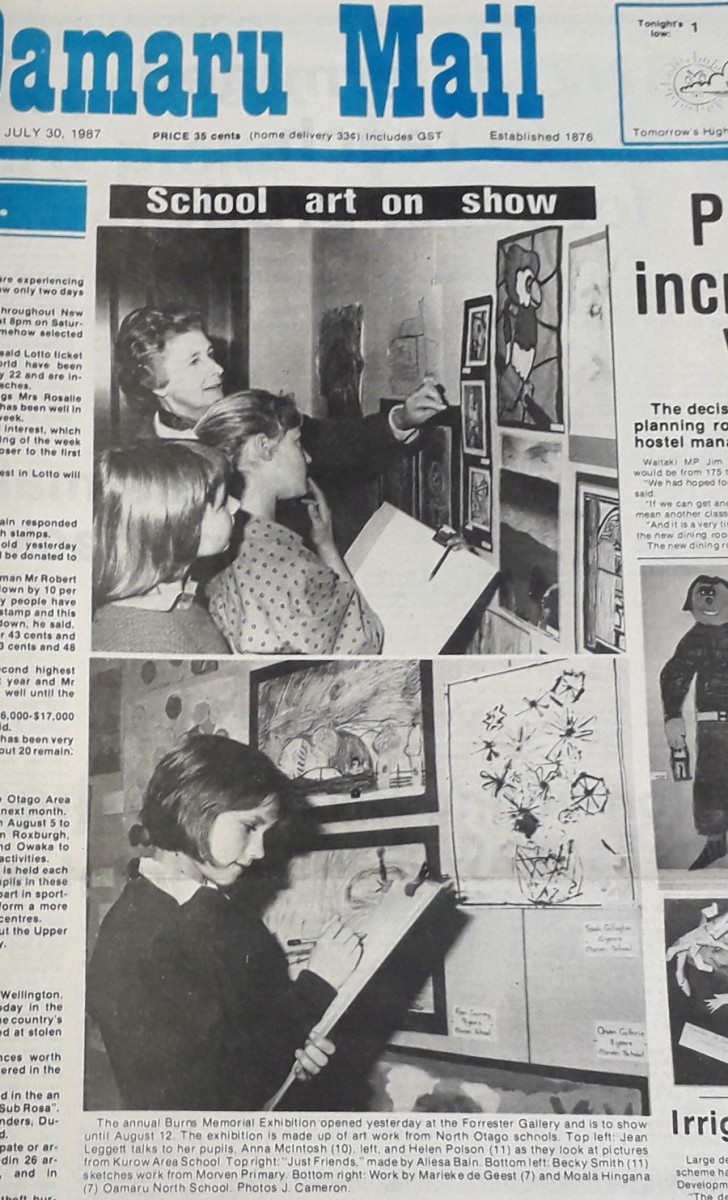 The first article I had found had a photograph of Anna aged 10 with Helen Paulson and Becky Smith. They were drawing in the gallery with their after-school art teacher Jean Leggett. Anna talked fondly about the art class and the wonderful equipment and materials they got to use. Jean had previously been the art teacher at Waitaki Boys High School.

Image: Virtū, The Friends of the Forrester Newsletter No.11 1993

The next picture I showed her was from The Friends of the Forrester newsletter then called Virtue from 1993. On the cover is a cartoon of Robert Muldoon by Murray Webb, his show “A Bit of Cheek: the many faces of Muldoon” was showing at the Gallery. The image used to advertise the Burns exhibition was by Anna McIntosh a then student at Waitaki Girls High School. Anna recognized it immediately and pointed out who features in her painting. At the front was her sister Mandy and behind several Fredas (Anna’s Mother). Anna explains that back then she didn’t have as easy access to digital images and photography so she used real models. So she painted her Mum a lot as “she had the patience to sit for her.” She told me she had done other paintings of Freda with her distinctive hair do. Some with vacuum cleaners wrapped around her head and one with an iron on her face. Anna was quite critical of her proportions in the painting said if one of her students had done it, it would be “back to the drawing board!” The creature in the background is” probably the swamp monster from Doctor Who.”

We talked about how kids are so chuffed to get chosen for the Burns. And what a great boost it is to their egos to be able to bring their family into the gallery to see their work on the wall.

After Waitaki Girls’ High School Anna studied at Otago School of Art. She has been Head of the Arts at Waitaki Girl’s High School for the past 10 years after returning from overseas.

Since I have been working as the Educator at the Forrester I have greatly admired the work that has come in yearly from Waitaki Girls for the Burns Memorial. It is quite special thinking that Anna’s art journey started here in the gallery, and now she is inspiring a new generation with her passion the arts. 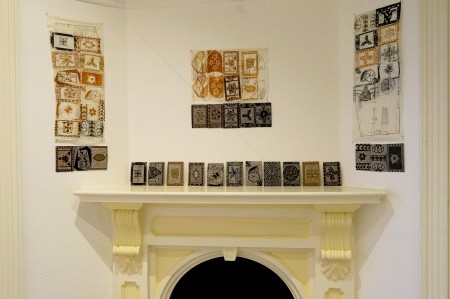